Anomalocaris was a giant among Cambrian animals. Hundred years ago, scientists believed that fossils of it were from three different species.

The large, spine-clad arms of the head were the first to be discovered. They were assumed to be the rear body section of a shrimp-like animal.

The round mouth was thought to resemble that of a jellyfish, and it was believed that the main body section belonged to a sponge. Nearly 100 years later, scientists realized that all the parts came from one and the same animal. 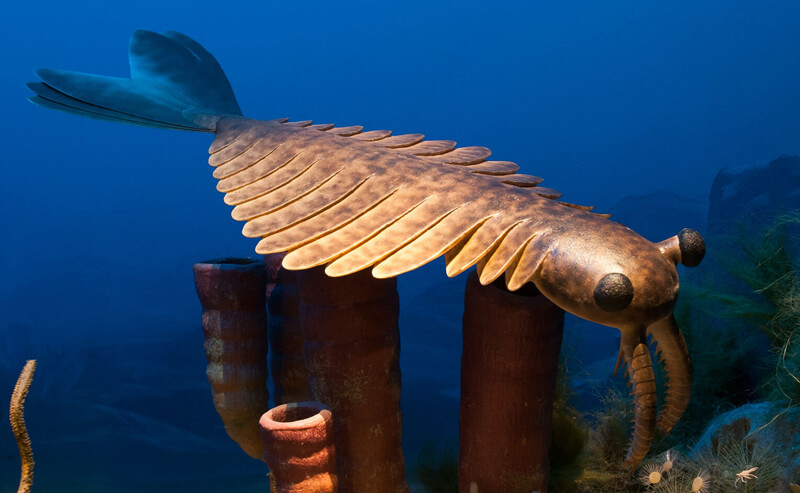 Anomalocaris could be up to one metre long and is the largest Cambrian predator thus far discovered. It swam with the help of its broad pectoral fins, and detected prey with its large compound eyes.

The two spine-clad arms were used to catch and hold fast prey. The mouth had no jaws; it was formed instead by a ring of plates. Anomalocaris probably fed on smaller animals with no hard body parts.

Today, scientists believe that Anomalocaris was related to arthropods like shrimp and trilobites. The spine-clad arms had a flexible shell, but the rest of the body had no shell.