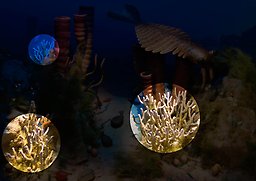 Numerous sponge species are preserved in the Burgess Shale fauna. Sponges are among the most primitive of all animals and their structure is simple, with cells that live more or less independently from one another.

In shape they often resemble bags or chimneys, and they feed by filtering the water. In the ‘chimney walls’ there are many tiny holes through which water is sucked in, trapping microorganisms. Among the sponge fossils found in the Burgess Shale fauna, there are species that were vase-shaped (Diagoniella), tree-like and branching (Vauxia) and spiny (Pirania). 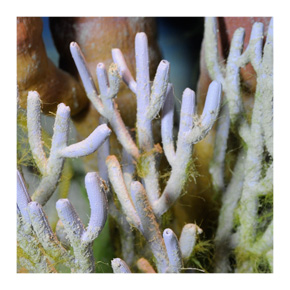