The first fish lacked jaws and could not chew food. Their golden age was during the Ordovician and Silurian periods, but relatives of those jawless fish still exist today – hagfish and lampreys, which also lack jaws.

The fossil jawless fish had clumsy bodies, usually covered with thick bony armour. They probably fed by vacuuming up small animals and other food from the ocean floor. They also had many gill openings, unlike modern fish. 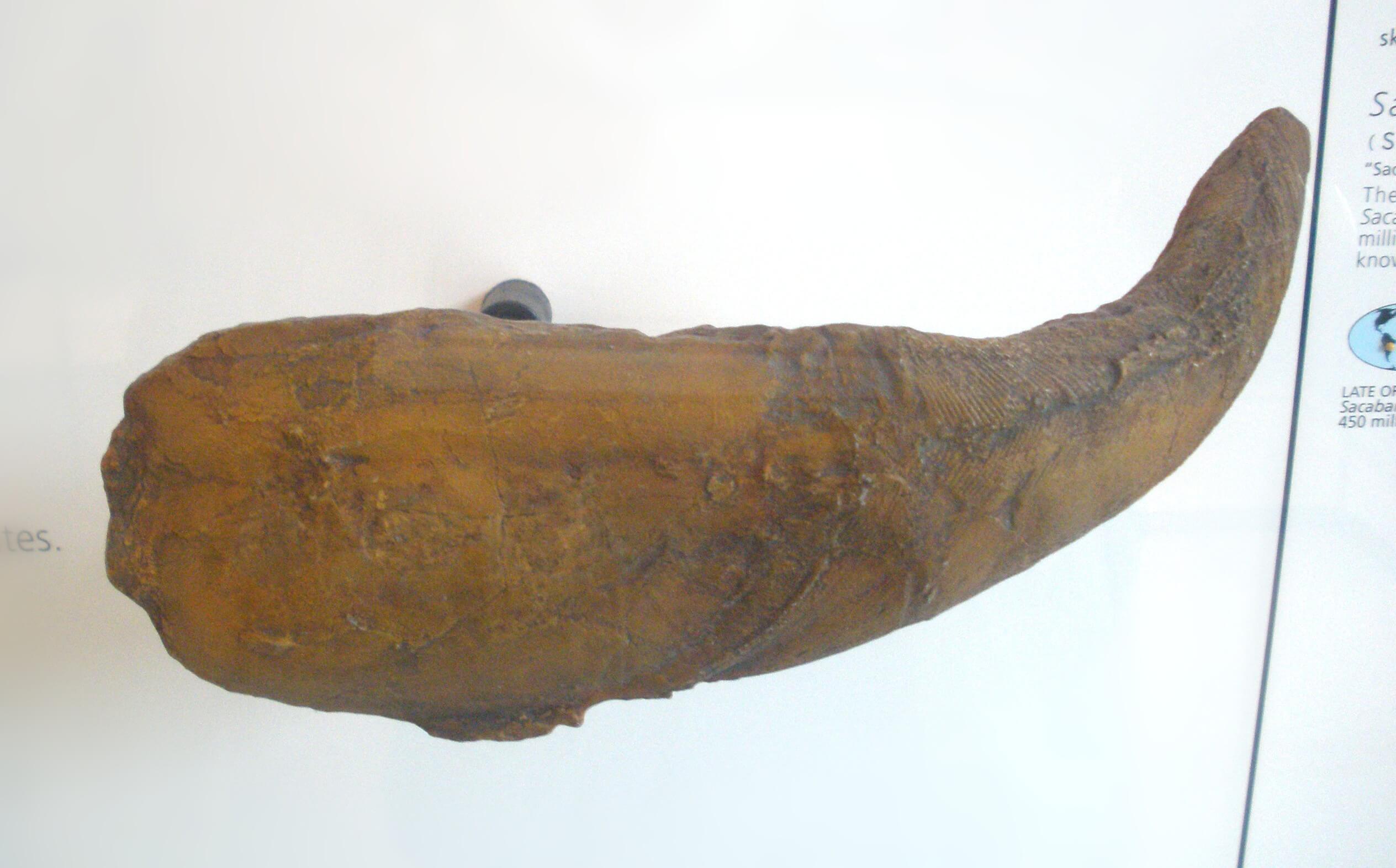 A jawless fish from the Ordovician. 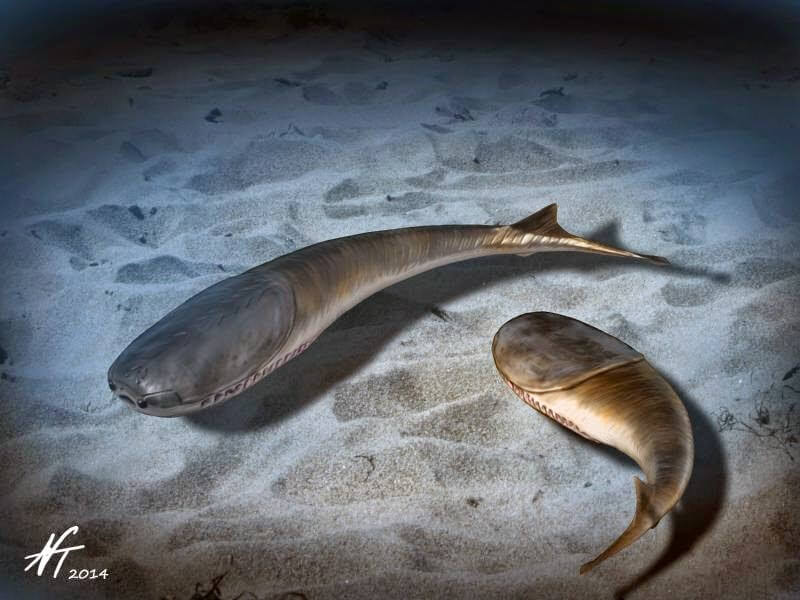 Reconstruktion of a jawless fish.

Modern jawless fish comprise a relatively small group of some 200 species. They lack jaws, just like their fossilized ancestors, and live mainly as parasites to get their food. They attach themselves to a host animal and suck out its body fluids.

Another ancient family trait is that they have many gill openings, just like the fossilized jawless fish.

Lamprey to the left, and hagfish to the right are modern fish which lack jaws.