Imagine that you were present when plants and animals began to live on land during the start of the Devonian Period. How did life on land 400 million years ago differ from that of today? That question can be partially answered, thanks to unique fossil finds in Scotland.

Rhynie Chert is a fossil site in northeast Scotland where an entire ecosystem has been preserved, with a large number of fossils from the Devonian. Many of the organisms are amazingly well preserved. 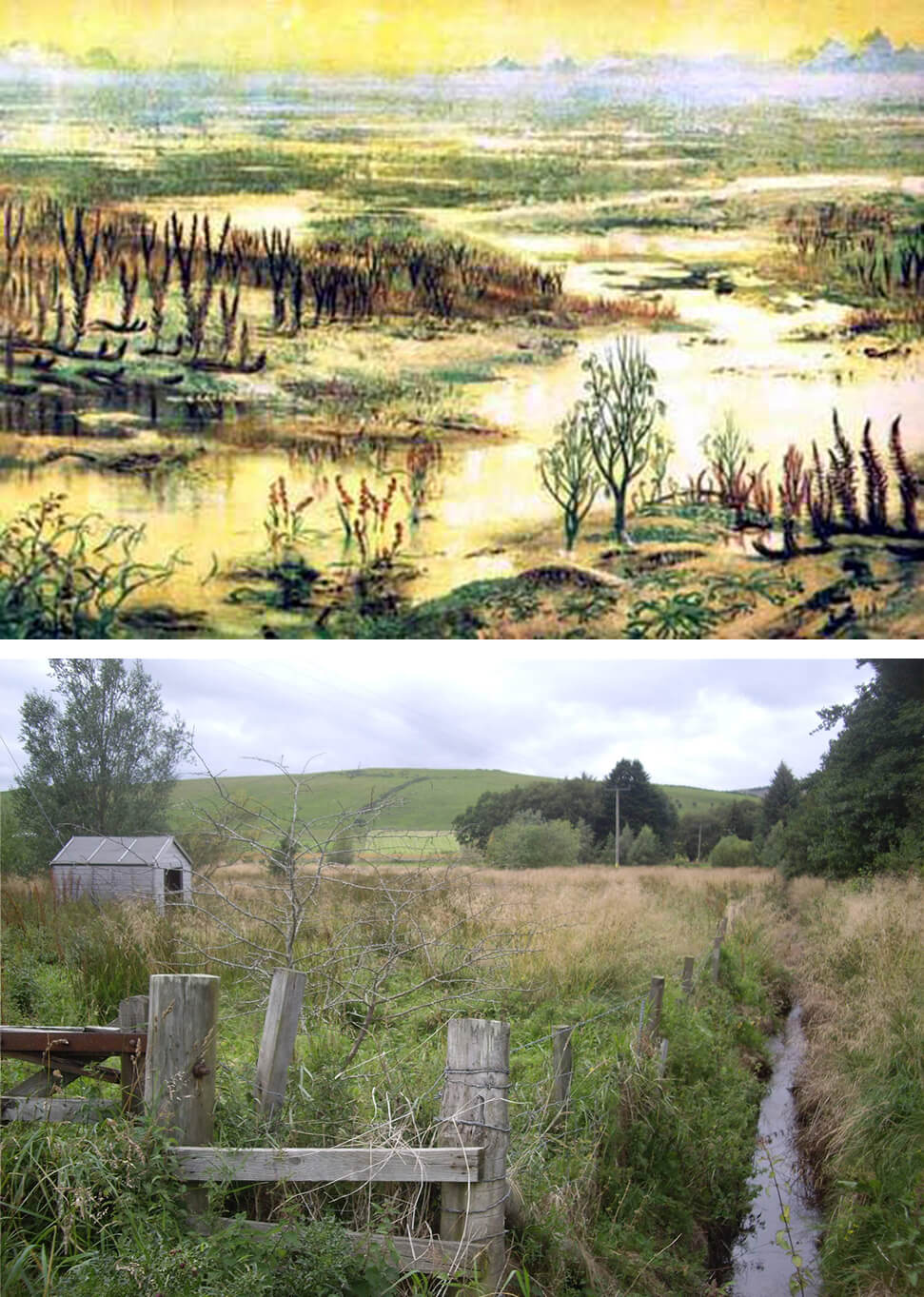 Artist's representation of Devonian landscape at Rhynie in Scotland. Below an image of the nature around Rhynie today.

It is from this site that much of our knowledge about the earliest land plants and animals has been acquired.

Discoveries from the Rhynie Chert show that you would have found a surprisingly complete ecosystem, for such an early stage in the history of life on land. Among the animals were plant-eaters, predators and detritus-eating organisms. But compared with most ecosystems today, the species diversity was low.

Some of the land plants that you would have been able to see at the start of the Devonian period.

Among the plants, you would have come across a few lichens and simple seedless plants. They included bushy plants up to one metre in height – for example the first clubmosses, which have survived to the present day. 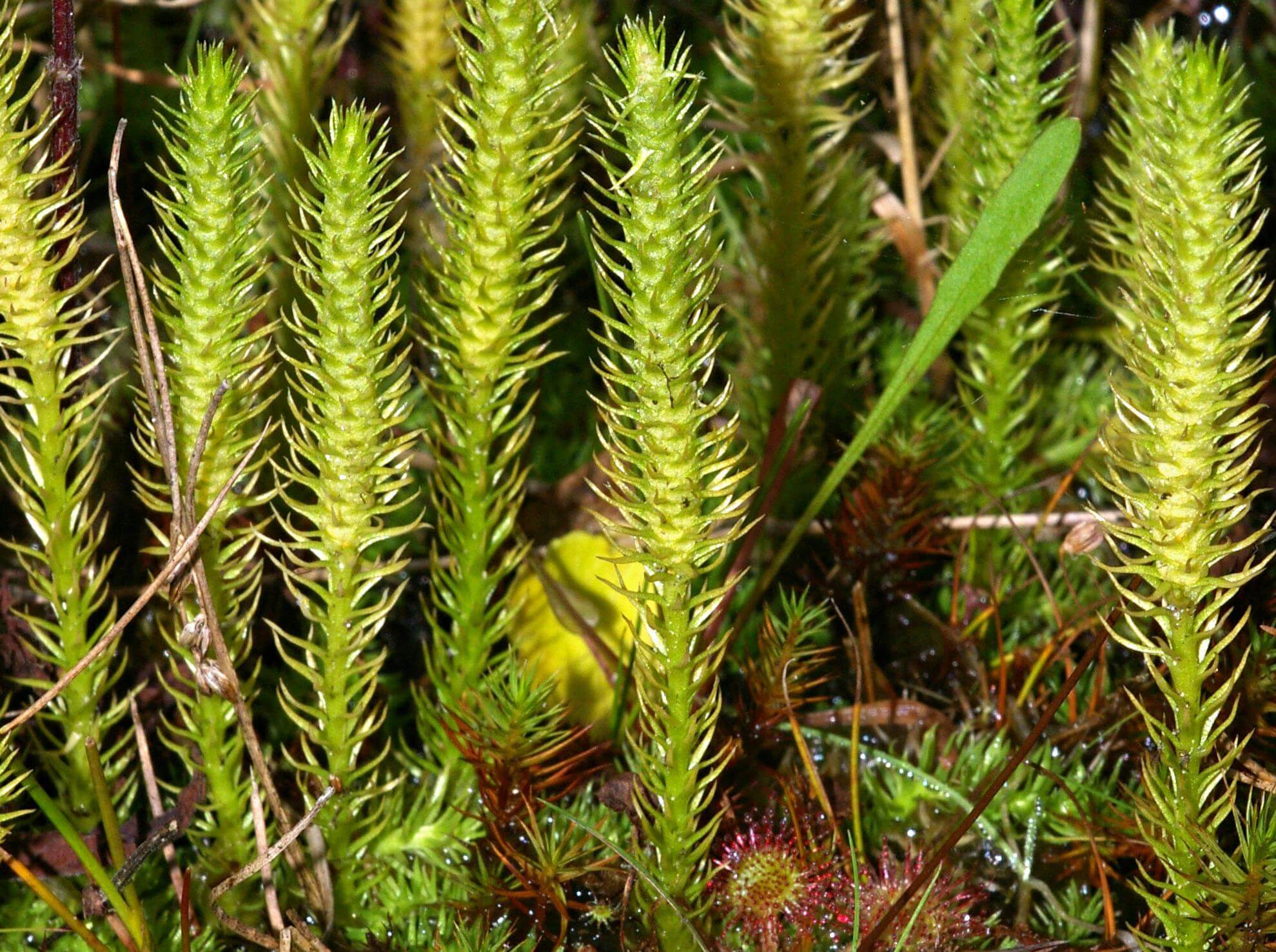 Scientists have also found fungi that decomposed dead plants, and others that lived as parasites on or in symbiosis with plants.

All of the animals you discovered would have been arthropods such as insects and myriapods (centipedes, etc.). Their food consisted primarily of spores and dead plants; but some arachnids (spiders, scorpions, etc.) were predators.

The rapid evolution of vertebrate land animals is probably due to the availability of new food sources. They could feast on arthropods such as insects, spiders and myriapods (centipedes, etc.).

If you were to visit the same area today, you would no doubt find hundreds of other plant and animal species, including trees, flowers, numerous flying insects, mammals and birds. Those species were completely absent during the Devonian Period.