The collections of our museum contain many fossils of placoderms (armoured fish). Among them, researchers have found females with embryos in their bellies, for example. Thanks to that research, it is known that internal fertilization was already taking place 400 million years ago. 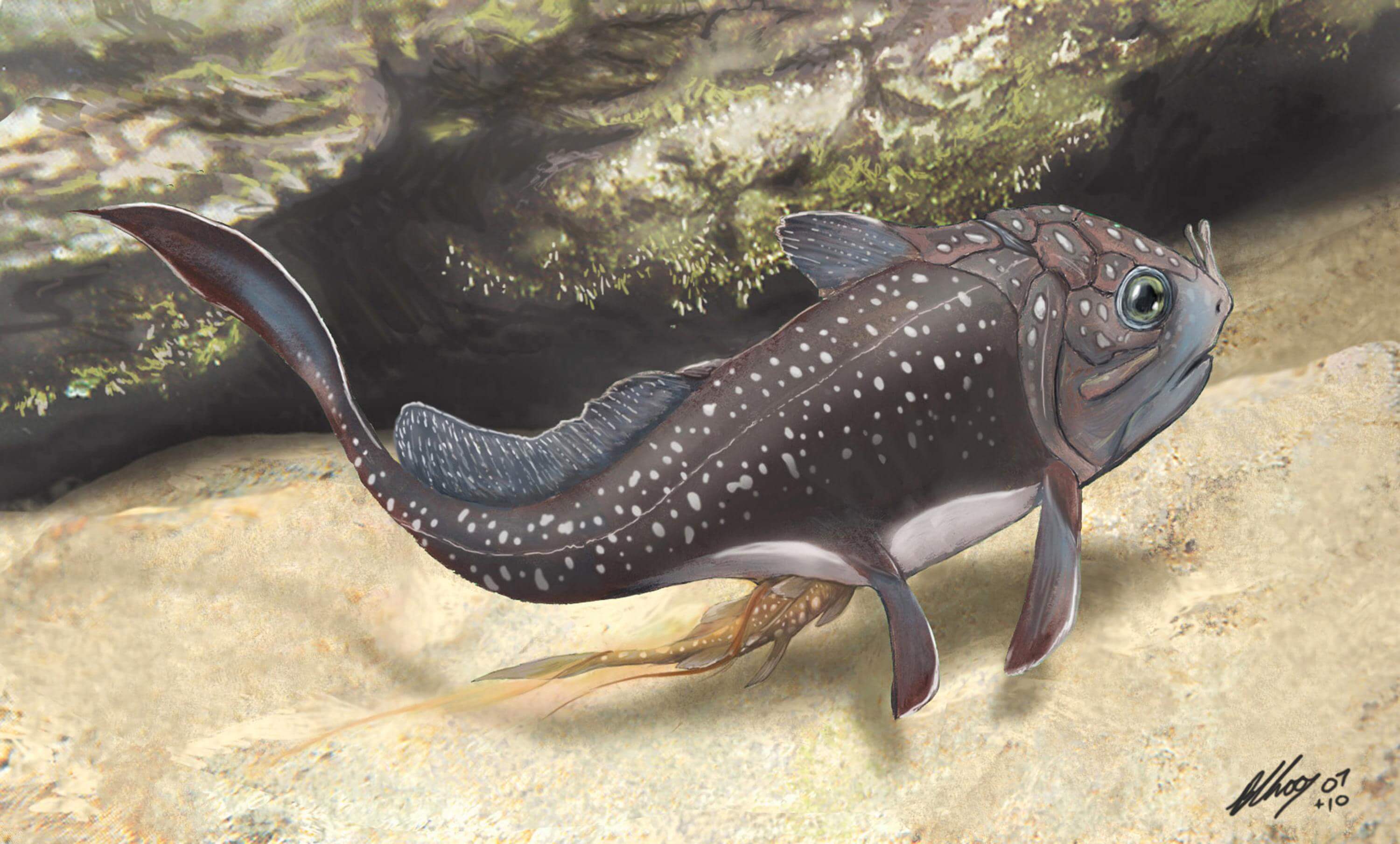 The birth cord is evidence that placoderms gave birth
to live offspring.

Today, all land-dwelling vertebrates and some fish have internal fertilization.

Toes evolved in four-footed vertebrates during the Devonian. All of the first four-footed amphibians had eight toes on each foot. That number has gradually decreased to six or seven toes. 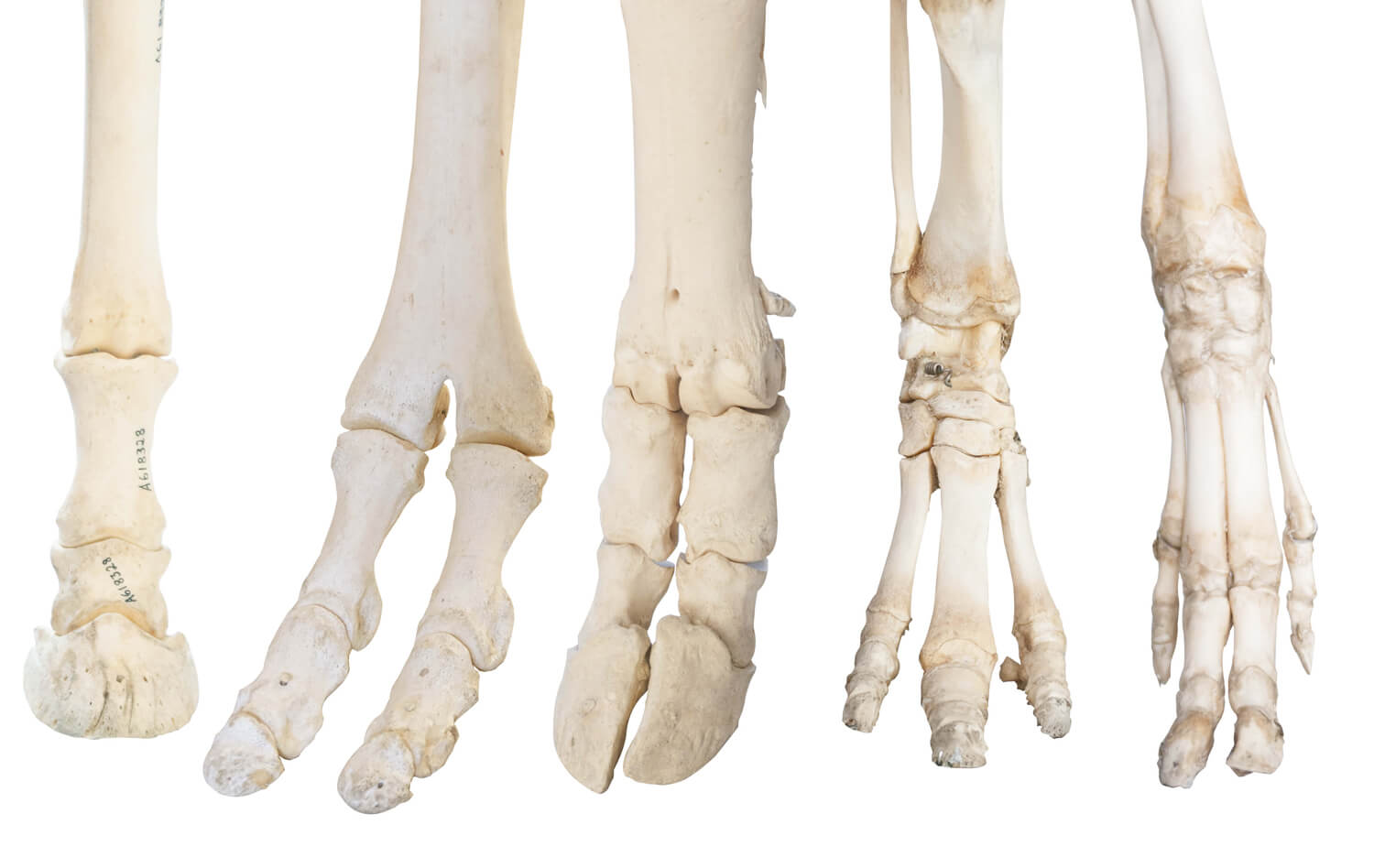 From the left: horse, which has only one toe remaining,
camel and deer with two toes, tapir with three toes,
and peccary with four toes.

Since the end of the Devonian, no four-footed land animal has had more than five toes or fingers, like humans. In some animal groups, the number of digits has instead decreased as a result of adaptations to various environments.

Such variation in the number of toes and fingers is a good example of evolution by natural selection. Under certain conditions, having few toes has been most advantageous. Under other conditions animals with more toes have had greater chances of survival.