Today, there are more than 5,400 mammal species on Earth. The variation is enormous, everything from tiny shrews to gigantic whales, from speedy cheetahs to slow-moving sloths, and species that fly, dig, climb and swim. They live in every conceivable environment – on land, in water and in the air.

Scientists long believed that the mammals of the Jurassic Period were all very similar, that most of them were small insect-eaters which looked like shrews. But recent fossil discoveries indicate that they differed more widely than previously thought. 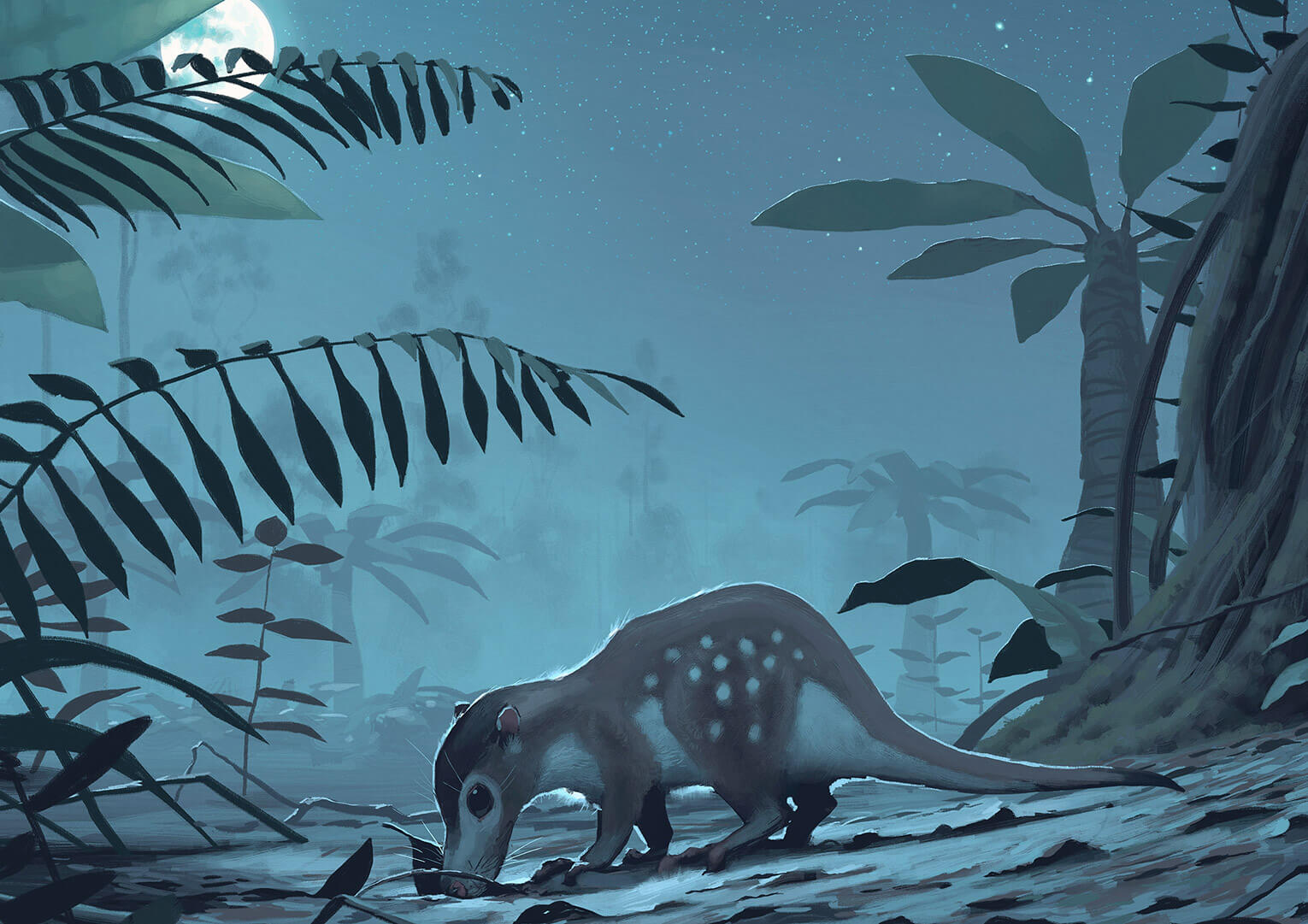 Many Jurassic mammals, such as Morganucodon and Megazostrodon, were small insect-eaters that resembled shrews or weasels.

Others were more specialized and lived part of the time in water, such as the mole-like Haldanodon. Scientists in China have found a 164-milllion-year-old fossil of an aquatic mammal. It resembled a beaver and had a beaver-like tail covered with scales.

Castorocauda, a beaver-like mammal of the Jurassic Period.

Some Jurassic mammals climbed trees. Others developed broad skin folds along their sides which enabled them to glide short distances, like modern flying squirrels. Other species included carrion-eaters, digging termite-eaters and predators that could run.

Today’s elephants, rhinoceroses, giraffes and hippopotamuses are rough modern equivalents of the Jurassic Period’s gigantic dinosaurs. To some extent, those modern mammals have the same lifestyle as the dinosaurs. But dinosaurs could be up to 20 times larger.

An important difference is that the skeletons of the biggest dinosaurs had bones that were largely hollow and contained air sacs. Those features made them lighter and improved oxygen uptake when they moved. The fact that dinosaursdid not waste energy by chewing their food may also help to explain how they could become so huge.

But the main explanation for their great size is probably their method of reproduction. Dinosaurs laid many eggs, while today’s large mammals give birth to only a few live offspring.

Few offspring or many eggs

The larger the size of a modern mammal, the fewer offspring it produces.

An elephant, for example, gives birth to only one or two calves at a time. Much energy is required for each pregnancy and birth, since the foetus develops inside the mother’s body for a relatively long time. Also, not all young that are born survive to adult age.

Each female only manages to give birth to a small number of offspring during her lifetime. Thus, in order for the species to survive, there must be a large number of elephants that can give birth. The need for many individuals limits the availability of food to each of them, which in turn limits their maximum size.

In contrast, the biggest dinosaurs laid many, relatively small eggs. They did not need to invest so much energy per offspring. Since they produced many young, the number of adult individuals did not need to be so great in order to guarantee the species’ survival. Sufficient numbers of the young survived to maturity and could themselves reproduce.

Consequently, the supply of food for each adult was greater than for modern mammals, since not as many were needed in order to ensure that a sufficient number of young survived to maturity. Scientists have estimated that each giant dinosaur could have had access to as much as 20 times more food than a modern elephant has.

Most of us probably think that Ichthyosaurs were similar to dolphins. Are they closely related? No, dolphins are whales and thus mammals, while Ichthyosaurs were reptiles. The apparent similarity is due to the fact that both were/are adapted to living in ocean waters. 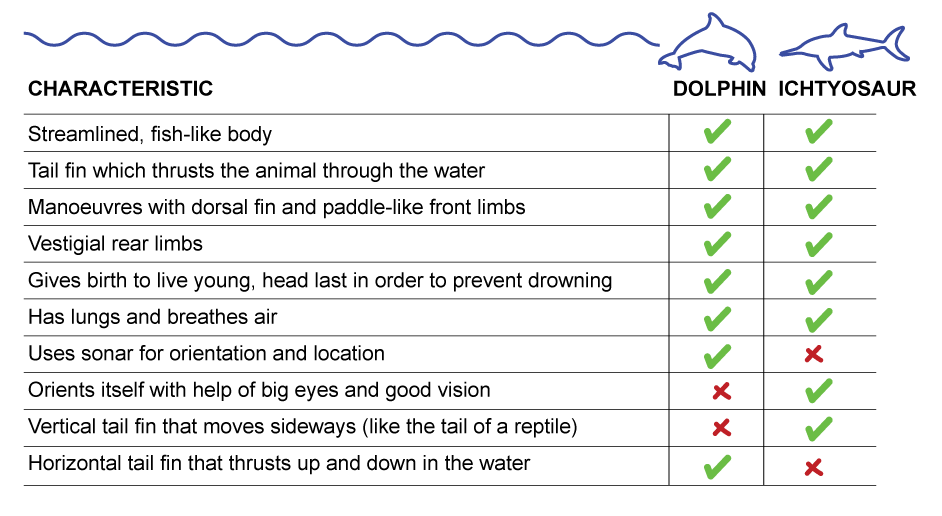 Dolphins and ichthyosaurs both have streamlined, fish-like bodies. They also have tail fins that thrust them through the water. Their dorsal fins and paddle-like front limbs help them to maneuver in the water. The back limbs has largely disappeared through evolution, as in other whales.

Ichthyosaurs also gave birth to live young. As with dolphins, the young were born head last in order to prevent drowning. Lungs and breathing air are two other features common to Ichthyosaurs and dolphins.

But there are also differences. Dolphins orient themselves with sonar signals, while Ichthyosaurs relied on their large eyes.

Also, the tail fin of Ichthyosaurs evolved from a reptile tail that moved sideways. Therefore it was vertical, like that of fish, while dolphins and other whales have horizontal tail fins, thrusting up and down in the water.