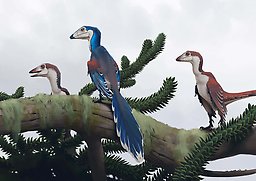 Archaeopteryx (‘ancient wing’) is known as the oldest animal generally accepted as a bird, and represents the transition between feathered dinosaurs and modern birds.

While capable of flight, it had sharp teeth, three clawed digits and a long tail like carnivorous dinosaurs. Archaeopteryx hunted small prey in scrubland and open areas.

The genus was first named from a fossil feather found back in 1861. Twelve Archaeopteryx skeletons have been found to date, all in Solnhofen, Germany. 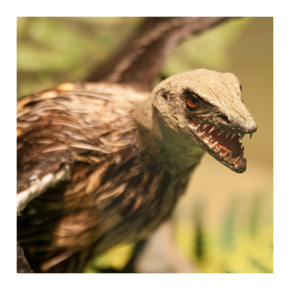