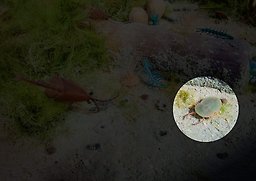 Naraoia had a large head carapace (shield) and a similar tail shield covering the body.

Palaeontologists think Naraoia was closely related to the trilobites, although it lacked the hard, calcareous shell on its back. Like many trilobites, Naraoia was an active predator that preyed on worms and other, small prey animals in or on the sea bed. The insides of its legs bore spines, and when Naraoia moved its legs these spines ‘chewed’ the prey to pieces. 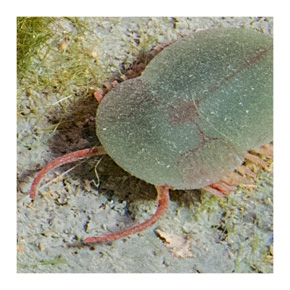