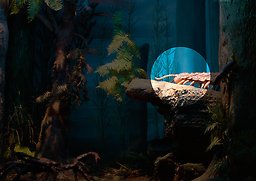 Arthropleura was the largest land animal of the Carboniferous period and the biggest terrestrial arthropod of all time. A kind of millipede, it could be up to 2.6 metres long.

Fossils of both skeletons and tracks have been found. They show that Arthropleura was an active creature inhabiting the swamp forests of Western Europe and North America in the Carboniferous. Arthropleura is believed to have been not a predator but a plant-eater (herbivore), since its fossil excrement has been found to contain plant parts. 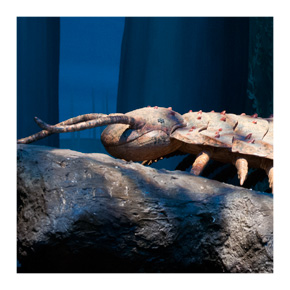