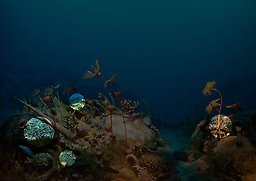 Among the tabulate corals, Halysites was one of the most abundant. Tabulate corals had tiny polyps (bodies) that invariably formed colonies.

Halysites had coral-building polyps that lived and grew spaced out from one another, connected by thin walls. This makes it look as if the tiny holes inhabited by the polyps form chains.

Halysites was one of the most important reef builders in the Silurian, and sometimes these corals were capable of building single colonies with unbroken surfaces tens of metres wide. 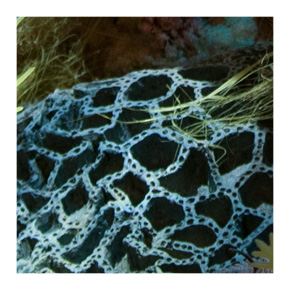