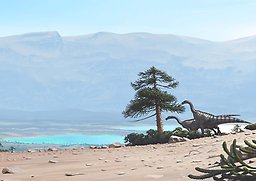 Plateosaurus was a plant-eater (herbivore), as the long neck, the small head and the teeth show. It had short, muscular front limbs. The front foot, with claws on three of the five digits, was used for self-defence but also in feeding.

Fully grown individuals were five to ten metres long and could weigh up to a tonne (1000 kg).

Plateosaurus is a dinosaur genus in the group known as the prosauropods, which were the predecessors of the great long-necked dinosaurs, the sauropods. It lived in the Late Triassic period, in Europe and Asia, and was described by scientists back in 1837. 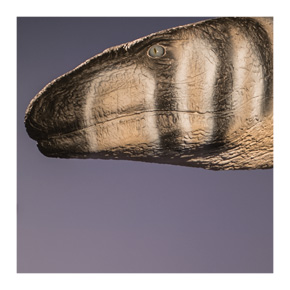