It is not understood what caused the enormous increase in the number of species which is known as the Cambrian explosion.

One theory is based on the hypothesis that Earth’s rotation may have changed. Another is based on the assumption that the speed of evolution changes after an important step such as the development of eyes or body cavities. Yet another finds the cause in an increase of key nutrients in ocean water.

There are other theories, as well. But the most likely explanations are related to higher levels of oxygen in the atmosphere, vacant ecological niches and new lifestyles.

Some of all the animals that occurred during the Cambrian explosion.

The most common theory is that the ”explosion” was caused by increased levels of atmospheric oxygen. Large and mobile animals have a relatively high metabolism, which requires an abundant supply of oxygen.

Atmospheric oxygen must be over a certain level in order for organisms to produce certain vital substances. One example is collagen, an important building block in the bodies of all animals.

A sufficiently high level of oxygen may have been reached just before or at the start of the Cambrian Period, or perhaps much earlier. There is no scientific consensus on this issue and the oxygen-level theory is in dispute.

Another explanation for the rapid evolution of animal life during the Cambrian is that there was an abundance of vacant ecological niches. The first animals to actively seek food had countless opportunities to utilize all available niches.

Those niches were then gradually occupied, as new organisms with new lifestyles evolved. There was an increase in interactions between various organisms, and species created new opportunities for each other.

Eventually, there was an increase in competition for the available niches. That in turn stimulated increased specialization and more rapid evolution of new species. 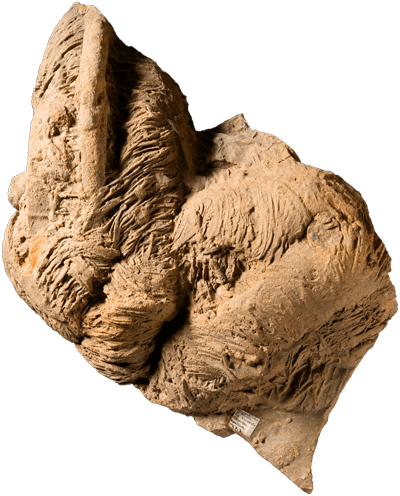 During the Cambrian, complex interactions developed between organisms for the first time and resulted in small integrated ecosystems.

Evidence of such processes has been found in fossilized stomach contents and in the fossil tracks of animals searching for food.

The trace fossil may have been formed by a trilobite digging in the sediment in search of small worm-like animals.