During the 20th century, the Swedish Museum of Natural History was the world leader in research on fish from the Devonian and the earliest four-footed vertebrates. That is why it has one of the world’s largest collections of Devonian fish. 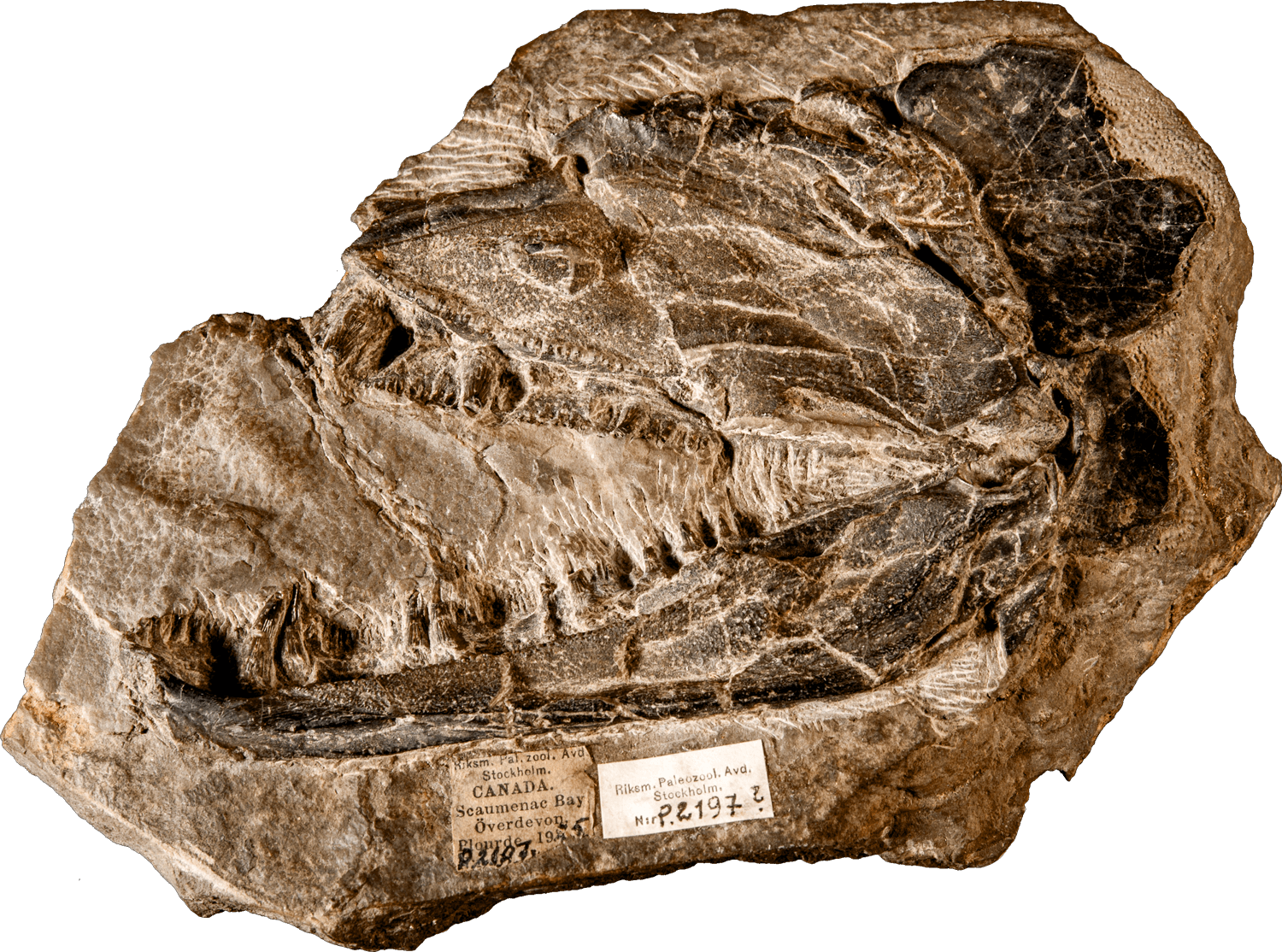 As early as the 1930s, Professor Erik Stensiö and his colleagues conducted detailed research on fossils of placoderm and coelacanth fish.

By gradually grinding down fish skulls and documenting each cross-section, they were able to study fish brains and nerves in a way that had never been done before.

They then made large wax models of the fossils’ nervous systems. By comparing the models with the brains of fish living today, they could work out how the different species were related to each other. 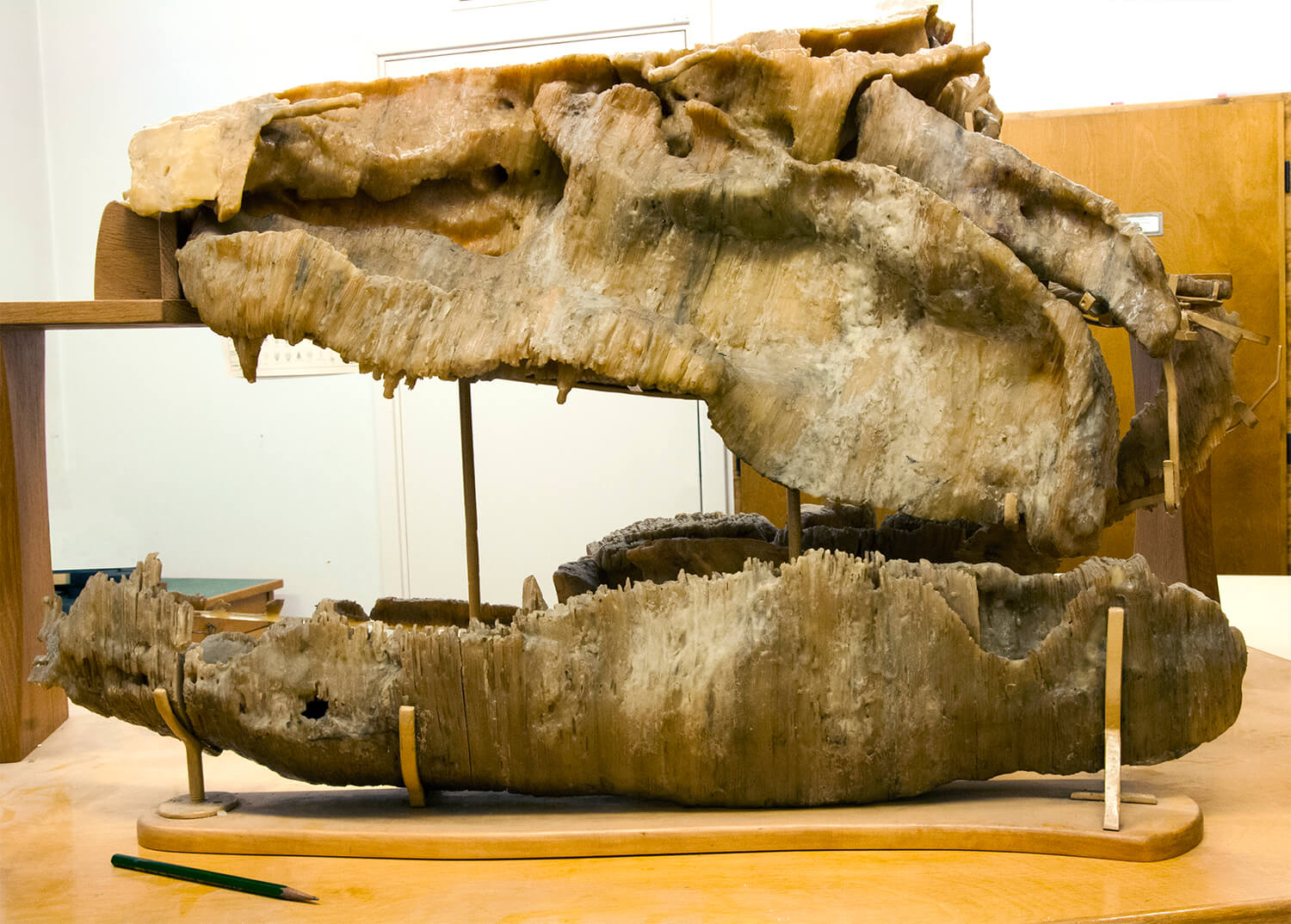 Wax model of the head of Eustenoptheron. An early 3D print!

Erik Stensiö’s successor, Erik Jarvik, discovered on Greenland a fossil of the very first Devonian four-footed animal, the amphibian Ichthyostega. His research was an important contribution to scientific knowledge of the evolution from fish to the first four-footed animals. You can see a model of Ichthyostega in front of you.

Coelacanths and lungfish are two ancient fish groups of the Devonian. It was long believed that coelacanths were the closest ancestors of land-dwelling vertebrates, but that has turned out to be wrong.

A recent DNA study indicates that still-existing lungfish are the closest relatives of all vertebrates that now live on land. There are six species of such modern lungfish; they live in fresh water in South America, Africa and Australia. 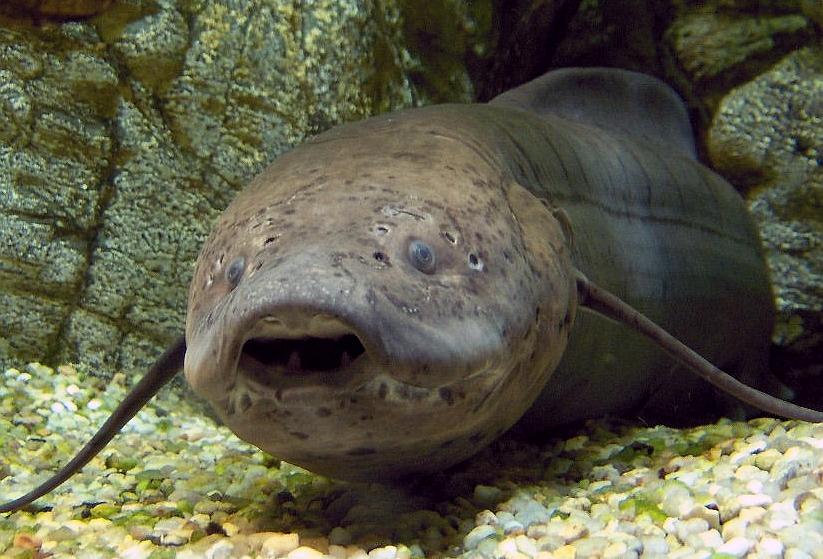 Modern lungfish, the closest relatives of all vertebrates that now live on land.