Another major development was the mass extinction that marks the end of the period. It is estimated that three fourths of all plants and animals on Earth died out at the end of the Cretaceous. Among them were all pterosaurs, plesiosaurs and dinosaurs. 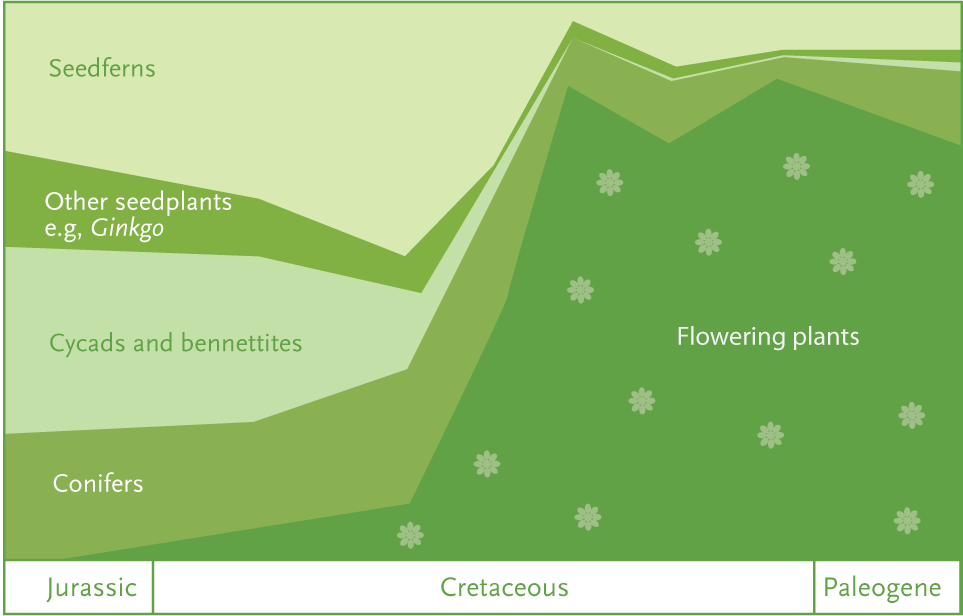 Evolution of flowering plants during the Cretaceous.

Such plants were still rare at the beginning of the Cretaceous. Most of them were small herbs or shrub-like plants with simple flowers that were pollinated by insects. But then began an extremely rapid evolution of new species.

Ferns, cycads and ginkgos were outcompeted. By the middle of the Cretaceous, flowering plants dominated many ecosystems, and by the end of the period nearly all modern groups of flowering plants had evolved.

The principal cause of that amazing evolutionary radiation was the emergence of the flower. 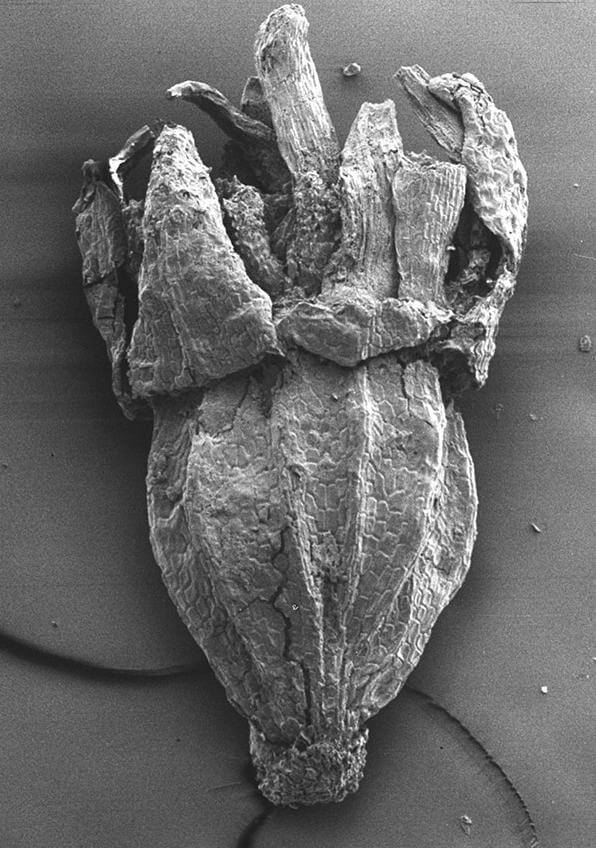 Charred fossil of a tiny flower from the Cretaceous.

The oldest fossils of flowering plants yet discovered are from the early part of the Cretaceous. One of the areas where they have been found is the Skåne region of southern Sweden. The flowers are small and have been exceptionally well preserved due to charring by forest fires, retaining petals, pistils, stamens and pollen grains.

This fossil was discovered by Else Marie Friis, a professor at this museum. Her discovery revolutionized knowledge about the evolution of early flowering plants.

The Cretaceous ended with one of the most devastating mass extinctions ever to occur on Earth. As many as 75 per cent of all plant and animal species may have been wiped out.

All pterosaurs, plesiosaurs and dinosaurs were exterminated. Many animals that lived near the ocean surface disappeared. Among them were the ammonites, a subclass of cephalopods. Many plant species were also wiped out. 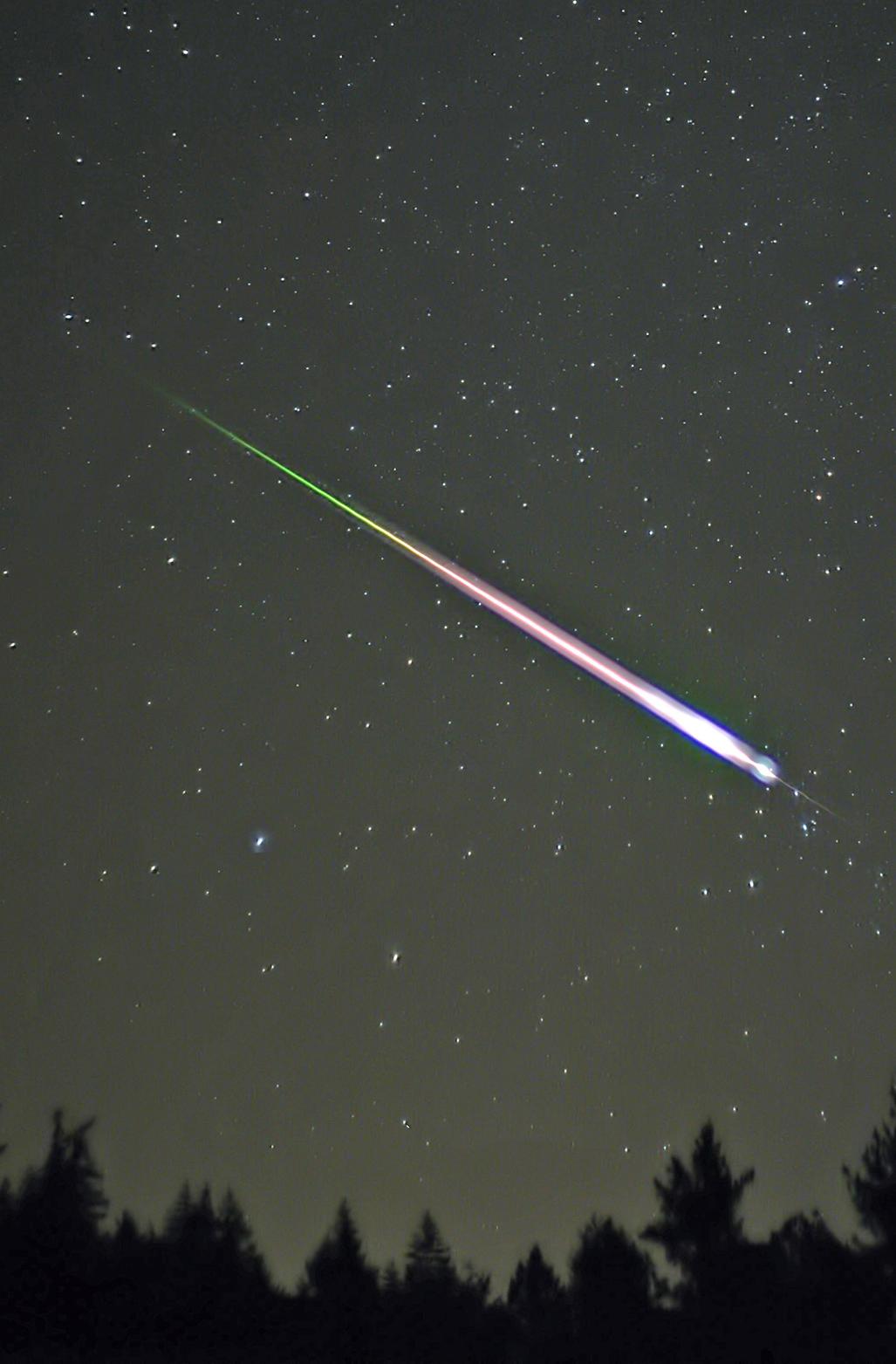 If an asteroid’s orbit around the Sun changes, it may crash into the Earth, in which case it is called a meteorite.

At least twenty different explanations of this mass extinction have been proposed. The most widely accepted theory is based on the crash of a giant meteor into what is now Mexico, 66 million years ago.

On that occasion, the Earth collided with an asteroid that was about 100 times larger than the Globen arena in Stockholm.

Asteroids are large rocks in the solar system. If an asteroid’s orbit around the Sun changes, it may crash into the Earth, in which case it is called a meteorite.

A meteorite crash like the one that occurred 66 million years ago can have devastating consequences, including enormous clouds of dust and vapour, water forced up in gigantic tidal waves, earthquakes and long periods of acid rain. Marine food chains collapse due to massive algae blooms and lack of oxygen.

The Sun’s light and heat are blocked when the skies are darkened by dust for lengthy periods. An ”asteroid winter” sets in, possibly with brief ice ages. Much of the Earth’s vegetation dies out. Without plants to feed on, the animals that depend on them starve to death; and then the meat-eaters starve.

This is how the Chicxulub Crater on Mexico’s Yucatán Peninsula may have looked after the meteorite crash 66 million years ago. The crater’s diameter is estimated at between 170 to 300 kilometres. Today it lies buried more than one kilometre below the surface.

The Mexican crater is the same age as the Cretaceous mass extinction. Also supporting the meteorite theory is a thin layer of ash in the bedrock at precisely the geological boundary between the Cretaceous and the following period, the Tertiary. That particular layer contains unusually large quantities of iridium, a metal which is very rare on Earth but more common in meteorites. 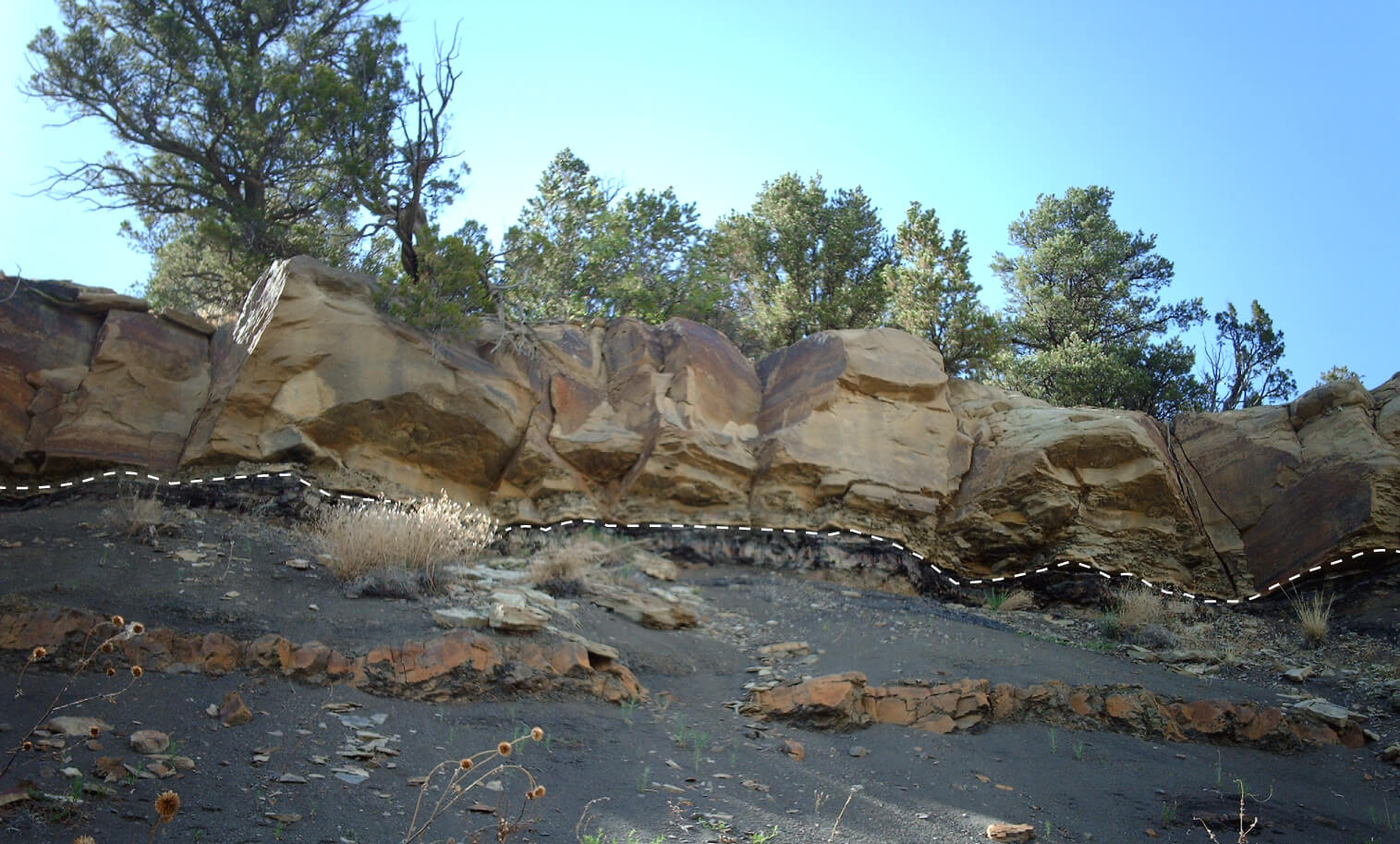 Ash layer in Colorado, USA, indicated here with a white dashed line. It probably formed as the result of a giant meteorite crashing into Earth. Photo from Colorado, USA.

As noted, there are many other theories of what caused the mass extinction. One is based on the effects of a large star that exploded near our solar system.

Such an explosion would have released enormous amounts of radiation that would have struck the Earth. That could explain why it was primarily land-dwelling animals that died out, along with animals living near the ocean surface.

According to another theory, dramatic climatic change occurred when the continents drifted apart. That could have led to earthquakes and volcanic eruptions, and changes in ocean currents and wind patterns. The net result could have been extremely rapid climatic fluctuations between hot and cold periods.

Yet another theory proposes that an unusually virulent disease may have killed a large portion of the organisms on Earth.

The answer to why so many species died out may be that it was due to a combination of many interacting causes.