During the Jurassic lived a group of mammals whose appearance and life style were similar to the rodents of today. But despite the similarities, they are not closely related.

When different organisms or groups of organisms evolve together and have use of each other, that is called co-evolution. A good example is the evolution of various fig species together with fig wasps.

During the Jurassic, there appeared a group of mammals that lived somewhat like the rodents of today. They are called Multituberculata and they became one of the dominant mammal groups during the Cretaceous.

The group lived for 130 million years, making them one of the most successful mammal groups in history. They did not die out until long after the mass extinction that wiped out the dinosaurs.

A rodent-like mammal of the Cretaceous.

The group is not related to present-day rodents, but their way of life was similar. All species were small, varying in size between a modern mouse and a rat. The largest species could be up to 60 centimetres long.

They probably became extinct due to competition from modern rodents.

When groups of organisms evolve together and interact with each other, that is called co-evolution. A good example is the evolution of various fig species together with fig wasps.

Every species of fig tree that exists today lives in symbiosis with its associated species of wasp which plays a crucial role in the pollination process. But that is nothing new. 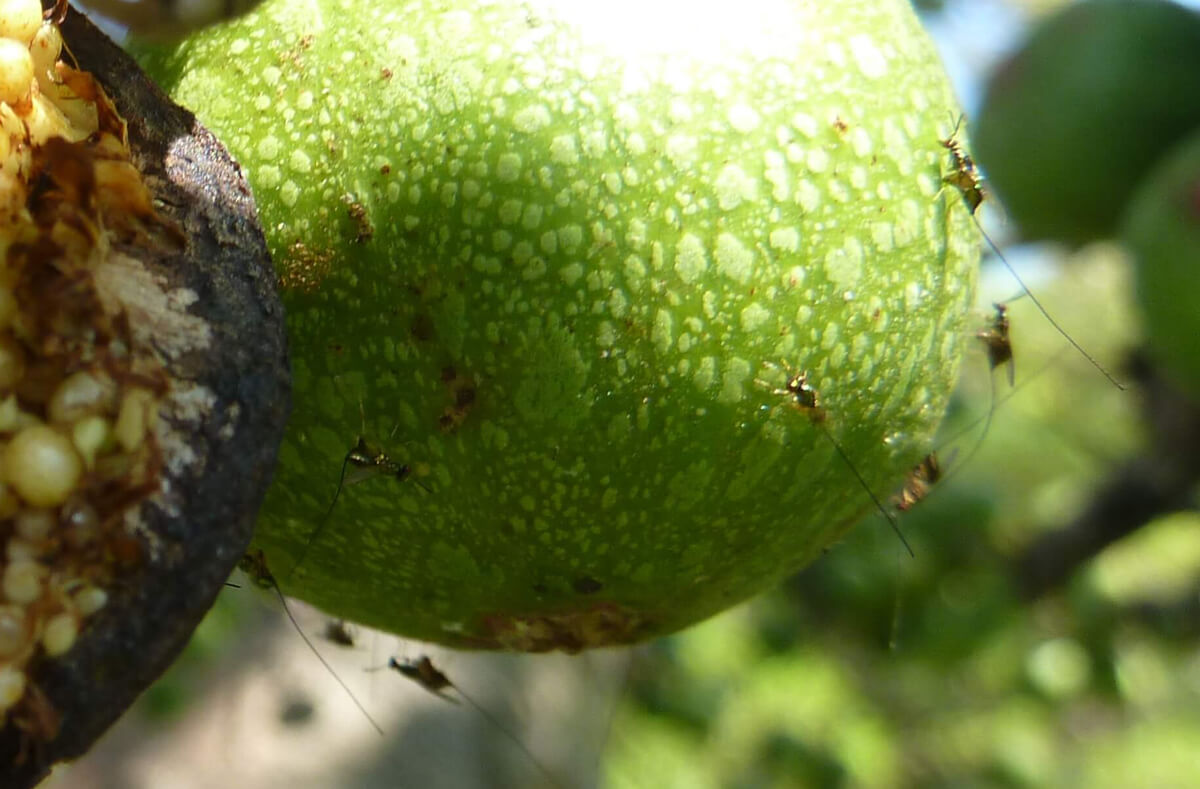 Each species of figs that are available today, are pollinated by and live in symbiosis with its own species of wasp. The partnership has long existed, perhaps 90 million years.

Fossil discoveries indicate that such collaboration has occurred for 70 million and perhaps as long as 90 million years! Fig trees and wasps already lived in symbiosis during the Cretaceous, when the fig family first evolved.

Since then new species of fig tree have evolved to suit new environments, and each time new species of pollinating wasps has evolved which specializes in the new fig species.