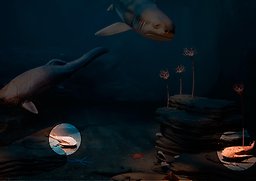 Bothriolepis lived in lakes and seas all over the world. It may have migrated between fresh and salt water areas like today’s salmon or eels.

Bothriolepis was plentiful and the placoderm (armoured fish) genus with the most species.

Its two long, armoured pectoral fins served both to protect it against predators and to steer, like oars, as it swam with eel-like movements. It was probably bottom-living (benthic), feeding on what it found in the sludge, and viviparous (gave birth to live young, rather than eggs). 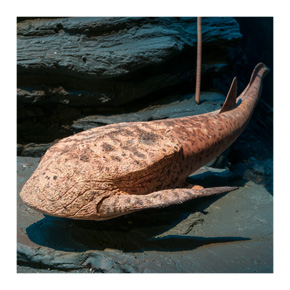