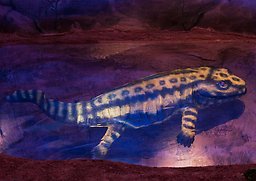 Ichthyostega shows a mixture of sarcopterygian and early amphibian features: fishlike tail and gills, but head and limbs resembling amphibians’. The back feet had seven digits, but the number on the front feet is as yet unknown.

Ichthyostega was a large and very strong predator with sharp jaw teeth. In spite of the limbs, it probably lived most of its life in water.

Research by palaeontologist Erik Jarvik (1907–1998) of the Swedish Museum of Natural History has greatly contributed to our knowledge of this early tetrapod, or four-footed animal. 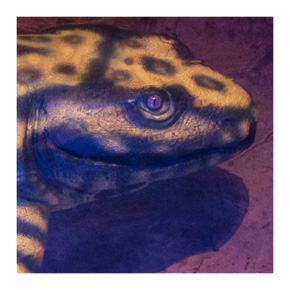