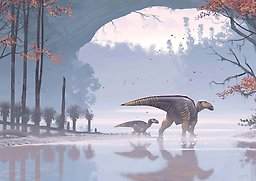 Iguanodon was a large, heavy, plant-eating dinosaur that lived in Europe.

It was both bipedal and quadrupedal: it ran on its hind legs but used all four limbs when it walked. The sharp spike on its ‘thumb’ was a good means of defence against predators.

There have been several finds of Iguanodon skeletons at the same site in Belgium, and this tells us that they lived in herds. 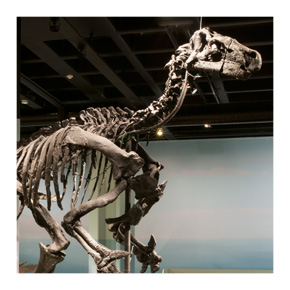