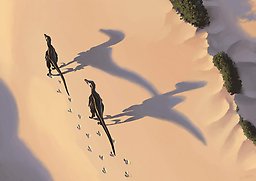 Velociraptor was roughly two metres long and half a metre tall. Just like other predatory dinosaurs, Velociraptor was a bipedal, fast-running carnivore with a long tail.

On the innermost toe of the back foot was a large claw that it used to kill the prey, such as lizards, small dinosaurs and mammals. It may have had feathers on its body and even fully formed, feathered wings.

It lived in north-eastern Asia some 75–71 million years ago. 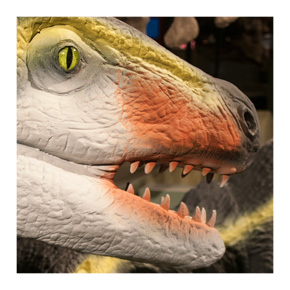