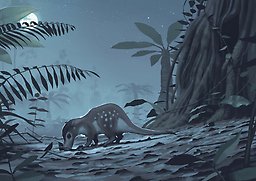 Morganucodon was a small, mouse-like animal that fed on insects and other small creatures.

It had fur but laid eggs, like today’s monotremes (echidna and duck-billed platypus). Like the modern mammals, Morganucodon had two successive sets of teeth (first the milk teeth and then the permanent set), but the teeth were simpler than those of their present-day relatives.

Morganucodon and the closely related Megazostrodon were early mammal genera that appeared at the end of the Triassic period and were increasingly common in the Jurassic. Their fossils have been found in Europe, Africa, China and North America. 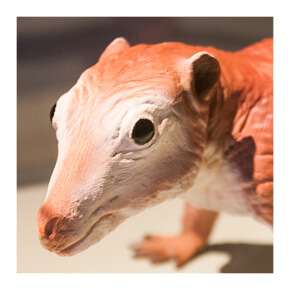