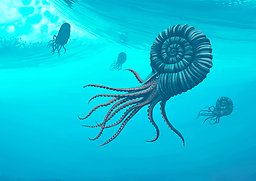 Ammonites were squid-like ocean living animals with a usually spiral formed shell, but some species had shells that were straight or twisted in irregular shapes. Ammonites were very common during the Jurassic Period but lived from the Devonian to the Cretaceous.

The shell of an ammonite was divided into many small chambers. A complex pattern was formed where the internal walls met the outer shell wall, they formed complex patterns. The sutures of each ammonite species formed a unique pattern, making it easy for experts to identify species. 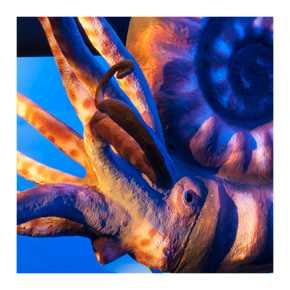