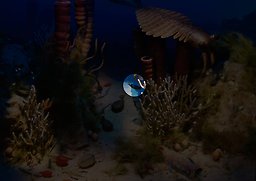 Opabinia had a highly unusual appearance. It was a swimming predator with five large eyes on its head and a trunk-like appendage at the very front. At the end of the ‘trunk’ was a gripping claw that Opabinia used for catching its prey. It may have been able, in this way, to pull worms out of hiding.

For a long time, because of its bizarre body, it was unclear what kind of animal Opabinia was, but it is now thought to have been closely related to the arthropods. 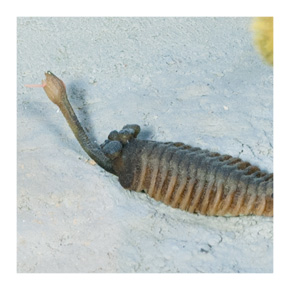