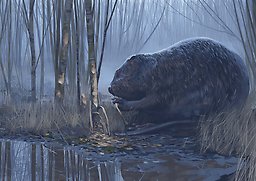 This is the skull of a beaver that was as big as a modern black bear! Castoroides had much larger feet and a longer tail than the beavers of today. Castoroides and its ancestor Procastoroides were giant beavers that lived from around five million to 10,000 years ago.

There were also giant beavers in China and Japan around 20 million years ago, and during the most recent ice age in Europe. During the Neogene Period, in addition to giant beavers there were several different beaver species which lived in various environments.

The only beavers that remain today are the two species of the genus Castor. 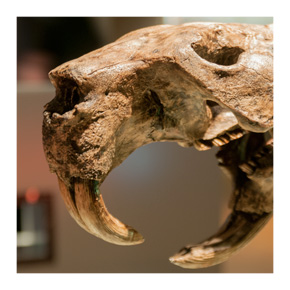