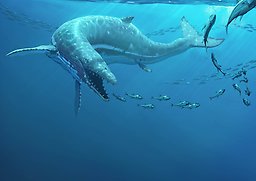 Dorudon was an early whale species that lived 40 to 34 million years ago. It could be up to five metres long.

The large jagged cheek teeth indicate that it was a predator. All the teeth of modern whales have the same shape. But Dorudon had different kinds of teeth, just like its land-dwelling ancestors.

Fossils of this early whale have also been found in Europe, North America and Antarctica. 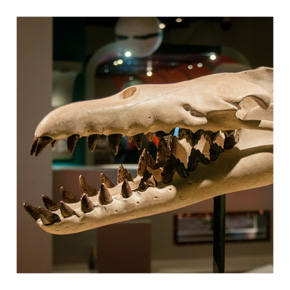