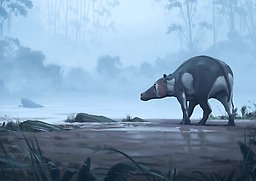 Most anthracothere species were relatively small, two-toed plant-eaters. However, this upper jaw is from an Anthracotherium magnum, a huge pig-like species that probably ate both plants and animals.

They lived in swampy habitats, and fossils of them have been found in brown coal — hence its scientific name, which means “coal beast”.

Although they look like giant pigs, they are more closely related to hippopotamuses and whales. 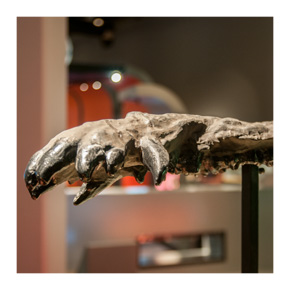