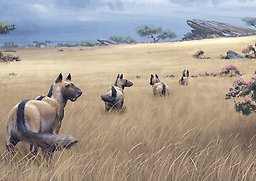 Megistotherium was one of the biggest meat-eating mammals that has ever existed on Earth. Its skull was much larger than a polar bear’s or a tiger’s, and it weighed about 800 kilograms — more than twice as much as a Bengal tiger.

Megistotherium ate large plant-eaters such as giraffes and prehistoric elephant species which roamed the grasslands of northern Africa around 23 million years ago.

It belonged to a family of predators that no longer exist today. 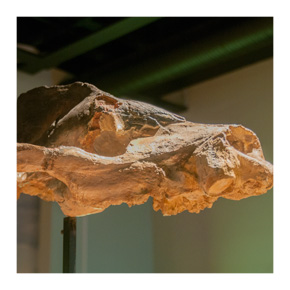