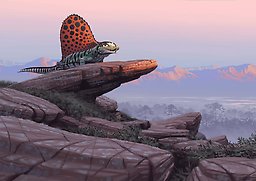 Dimetrodon’s diet included fish and amphibians, such as Eryops, which stands beside it here. The name Dimetrodon means ‘two tooth sizes’. Differentiated teeth are a characteristic feature in the evolution from mammal-like reptiles to mammals.

The large sail on its back was formed from long spines growing out from the backbone. Its purpose is still unknown.

Many people think Dimetrodon is one of the dinosaurs or coexisted with them, but it died out some 40 million years before the first dinosaurs appeared. 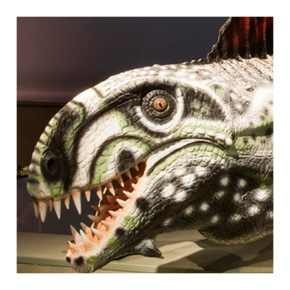