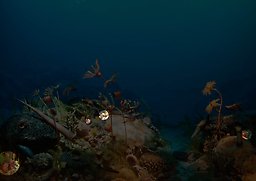 The polyps of coral organisms look fairly like sea anemones, with a round mouth surrounded by tentacles that trap prey and plankton. Coral animals live in symbiosis with single-celled algae that provide them with food. In return, the algae receive protection against other animals. Tabulate corals had small polyps that formed large colonies, with hundreds of individuals living together. These corals helped to build the Silurian reefs. 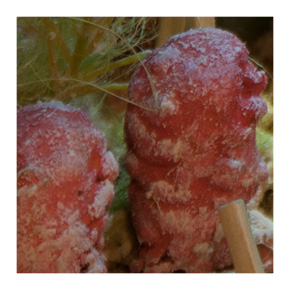