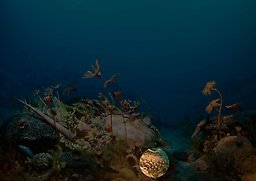 The polyps of coral organisms look quite like sea anemones, with a round mouth surrounded by tentacles that trap prey and plankton. Coral animals live in symbiosis with single-celled algae that provide them with food. In return, the algae receive protection against other animals. Most horn corals – so called because of their characteristic shape, like a cow’s horn – had large polyps (bodies) and were solitary, forming a calcareous shell around themselves for protection. There were numerous horn corals of all sizes in the Silurian reefs.

Some genera lived separately among other kinds of coral and sponge organisms, but Pychnostylus formed large colonies. 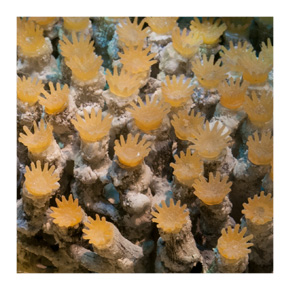