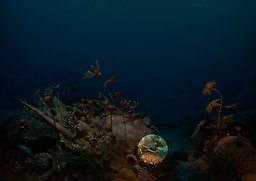 Glossoceras belonged to a group of small squid-like cephalopods with a life cycle that included a complete change in their way of life.

Young individuals had straight shells and may be assumed to have lived in a free-swimming state, but in adulthood the cephalopod lost the juvenile shell, leaving behind one that was bean-shaped.

An adult Glossoceras probably swam little and, like many of today’s cephalopods, was mainly occupied by protecting its young.​ 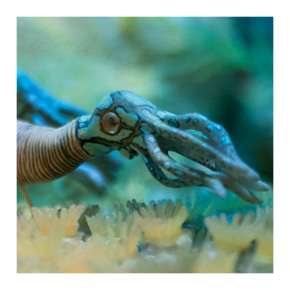