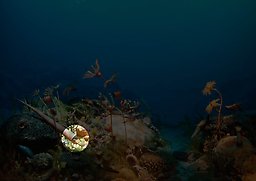 Dawsonoceras was a cephalopod with a straight, richly ornamented shell. On the inside, the shell was divided into chambers that were filled with gas and liquid in such a way as to make it well balanced.

Dawsonoceras was presumably a predator that stayed close to the edges of the reef. With its highly ornamented shell, this cephalopod was unable to swim fast. Instead, the ornament may have served as a kind of camouflage. 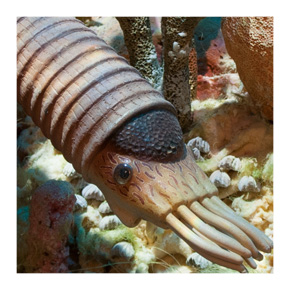