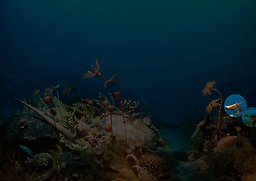 ​Crotalocrinites had five arm-like structures branching into a kind of web, which it used to catch plankton.

Sea lilies (crinoids) are animals, although they resemble plants. With a long, stalk-like pedicle, the sea lily attached its body to the sea floor. At the upper end of the stem is the body, with arm-like structures used to catch swimming small animals or filter out plankton. Sea lilies lived in large numbers in the Silurian coral reefs, especially around the reef edges where they tended to form thickets. Different species specialised in specific habitats and kinds of food. 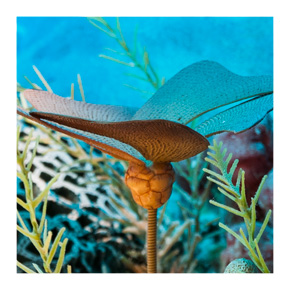