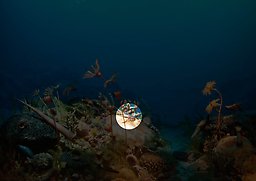 The ‘sea scorpions’ (eurypterids) lived between the Ordovician and Permian periods. They were closely related to the arachnids (spiders etc.); eurypterids had such features as a front pair of limbs bearing claws, for example, like all arachnids.

The largest sea scorpions were predators up to two metres long, but most were smaller. Eurypterus probably lived on worms and other small animals.

It crawled on the sea bed, but could also swim or row through the water with its flattened hind limbs – just like swimming crabs today. 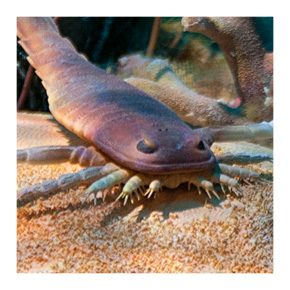